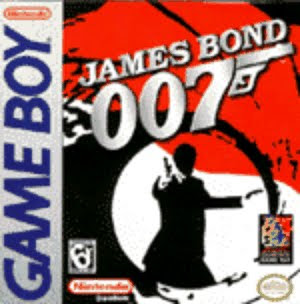 "James Bond: Bloodstone" may be the name of Bizarre Creations' super secret racing game in the 007 universe, reports Strategy Informer.
Activision will published the game, their second title after the adaptation of Quantum of Solace since taking over the licence from EA.

HMV list "James Bond: Bloodstone" as a 'driving racing' game, though whispers suggest it might have some first-person shooting too. Platforms are listed as Xbox 360, PS3 and Wii.
So it's apparently ' bye bye PC ' too ...Sigh .

Whatever this James Bond title is called it won't be tied to any movies coming out, especially as the upcoming 23rd Bond film has been put on indefinite hold.

So is it back to the improbable 007 Game universe where Bond can do pretty much anything , from defusing atomic missiles on a space station ( NightFire anyone ? ) to piloting some hightech underwater sub ?
Not to mention the constant use of gadgets which would make our dear old Q cringe with sadness...

UK soap actor Adam Croasdell is understood to be providing the voice of James Bond.

Whether this Activision and Bizarre title is purely a driving game will likely remain secret until E3 this June.

The game has been repeatedly delayed, but is expected to hit shelves in October this year.
Publié par Kevin Collette