" This is the BIG one , 007 " ( This title is fully copyrighted Tim Greaves / Media Bis . Anyone using it without proper authorization is in for ...Quite a lot of troubles , I'll tell ya' ! )

ALL FOLLOWING INFORMATIONS HAVE BEEN OFFICIALLY CLEARED BY TASCHEN FRENCH P.R ( For your truly humble servant )

It weighs - approximatively - 6,4 kgs
It covers the production of ALL James Bond Movies - from Dr No to Skyfall ( including the non Eon produced ones ! )
It's a deadly weapon .
It's the Taschen James Bond 007 Archive book .
3 years in the making .
Thousands of exclusive pics unearthed and compiled by documentalist Paul Duncan .

First , the editions . Book will be available a little after the European release of Skyfall  .
It can already be pre-ordered on the Taschen website .
A Special limited edition ( around 700 copies I've been told ) should be available . Don't have precise details about that one ( heard about Daniel Craig signed copies , though )  .
An ULTRA SPECIAL VERY ( VERY ! ) limited edition will be produced .
With a 24 carat Gold lamé cover and gold leaf pages . It will be produced at such a restricted number that I prefer not to tell you about it , for fear of inducing mass suicide amongst Bond Fans around the World ...

If you thought you already knew everything about the Bond movies , then think again .
I would say about 70% of the picturial content is completely new and exclusive .

Documentalist Paul Duncan was given complete access to Eon archives ( which were - according to Taschen P.R - a ' real mess ' ... ) as well as Columbia pictures and Warner Bros ones ( for their respective entries in the Bond Canon ) .

Each chapter is dedicated to a specific movie - opening with some superb shots taken from their respective Credits sequence .

The real surprise then is to finally see both the Columbia Casino Royale version and Warner Bros Never Say Never again entries included at last in an official Eon / Danjaq book .

Granted, the NSNA chapter isn't that long - and without a lot of exclusive pics ( some storyboards - already seen here and there , a Theatrical release Poster sketch , some candid behind the scene shots ... ) . The text is very informative - and for once didn't downsize the movie when compared to the Eon ones . 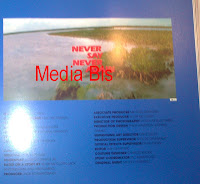 But it's the 1967 Casino Royale chapter which really shines . With lots of never before seen pictures , and promo adds , funny anecdotes about the Hell the production went through to try to deliver something which could be more or less understood by a general audience ( some critics say they failed . But they tried - and very hard ! ) .

Book is constructed in a chronological way . From 1962's Dr No to 2012's Skyfall .
Strangely enough , the latter films are more exclusively profusely illustrated than the Sixties ones .
I suspect that quite simply , recent archive material was easier to unearth , than,say the caterer's menu of From Russia With Love ...

Anyway , despite a rather hefty Sale price , I can only say that's it's worth " every penny of it " .
Taschen PR jokes , telling me that perhaps they will make another one ... " In about fifty years " !!!

P.S : there IS a small complaint I could make . No information about CBS Climax Theatre 's version of Casino Royale . But since it wasn't a movie production, one could admit surely Taschen could be forgiven for that . Or could they ? ...
Publié par Kevin Collette Aucun commentaire:

The image is almost a cliche but , really , writing a book is like giving birth .
For months you'll get nauseous , you'll have unexplained fits of temper , you'll start eating anything in sight ( usually around 3hrs AM in the middle of the night, when, still glued to your computer screen and  trying to find that ' bon mot ' which has been eluding you since the beginning of the day , you need some well deserved uplifting of any kind ) .

I have always loved books . Started to read early , considerably improved my English devouring US Marvel Comics books by the tender age of 11 ( which I was lucky to find rather easily on the Riviera , due to the constant flow of English-speaking tourists there ) .

Also started collecting Novelizations ( note to younger generations : a Novelization - or ' book of the film ' - was in those prehistoric times what could be described as the only Bonus a film buff could then grab his hands onto in the mid 70s  . Often written by unknowns , sometimes helped by the original screenwriter of said movie , they were based on the script of the movie itself . And more often than once offered to the delighted reader complete unknown filmed sequences - no doubt dragged from very early screen treatments . Such as in the Alan Dean Foster 's ALIEN novelization with the horrific description of the discovery of the unfortunate encocooned Dallas , for example . End of the History lesson . For now . )

Must also reveal I had an aunt working at the famous Paris Bibliotheque Nationale too  ( where I spent some of my Teenage summer holidays pushing heavy carts of litterary masterpieces for a modest salary ... ) .

Anyway , after being took to a Christmas screening of Diamonds Are Forever in 71' , I discovered fairly rapidly that the adventures of that British secret agent were in fact adaptations from litterary works by a certain Ian Lancaster Fleming . I then started to read all his books - sometimes re reading furiously some saucy passages , just to be sure to fully understand the writer's prose of course ...

I guess that since I started to collect various editions of Mr Fleming's work , he is also directly responsible of my Bibliophilia in some way .

The very first Bond book essay I bought was the wonderful John Brosnan's James Bond in the Cinema in 1977 ( first edition, of course )- not counting Sir Roger Moore highly entertaining ' s recap of the shooting of Live & Let Die in 1973  .

Since I had that fascination with books , my interest pushed me to start some heavy correspondence with various friends around the world ( hey, Mr Tim Greaves , remember those pre-Internet days while we exchanged letters full of Bond snippets ? ).

So , to try to make things shorter ( or less I'll tell you about my whole life and will bore you to death ) , I embraced a litterary career - again molded after the one of a certain British Spy novelist  ( really ) .

The idea of writing a book on James Bond had been in the back of my mind for decades .
We had none in France ( except some official Eon Poster books released here and there in French - and some unofficial, badly informed ones ) and I started to get a bit jealous of the kilotons of US & Brit titles dedicated to the James Bond phenomenon I was seeing in the bookstores in London for each new Bond movie release .

So I started writing my own book three years ago . Mind you , I could have tried earlier to be honest , but  was also trying at the same time to find TV Production companies interested into the financing of a huge 007 documentary as well, and writing my movie reviews for a living , my time wasn't that extensible ...

With my legendary modesty , I tried to apply Ian Fleming's famous line ( " I'll write the Spy novel which will end all Spy novels " ) to my book , trying to dig up unknown informations and little known facts ( well ... Again, mostly for a French audience ! ) - while being extremely careful not to fall into the sensationnal Tabloid type either ( IAN FLEMING HATED SPINACH - Read the awful truth here ) .

I just hope the  book will prove interesting and entertaining enough for James Bond fans AND general audience alike .
And I'm already working on a synopsis for a second one . 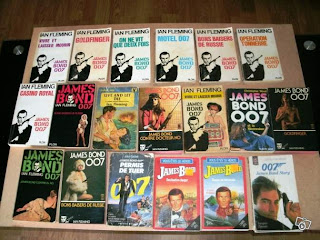