Reflections on the Past ...

Can you remember what was the very first James Bond film you saw at a Cinema ?
I can .
In December 1971 , an uncle and a cousin of mine ( twice my young age ) decided to take me to the movies during the Christmas holidays .
Since I had already seen it , I couldn't be dragged to the latest Disney flick as usual ( The Aristocats had opened some time earlier that month ) .
I wasn't too much of a Western fan , so seeing ' Once Upon A Time In The West ' was out of the question ( not even sure a 9 years old would have been admitted here ).
" Diamonds Are Forever " had opened in Paris on December the 20th ( same date as England . The film premiered in the USA a few days earlier , on December the 17th ) .
My mischievous nexts of kin decided they weren't going to waste a whole afternoon watching kiddie stuff , so they deliberatly opted for the latest James Bond flick...

I should point out both of them were fans of sort of the British agent , having already seen most of the previous entries of the series ( my cousin had spent his own childhood in New York and was therefore more versed into anglo-saxon culture . He also introduced me to The Beatles , but that's another story ...).

Anyway , to the little boy I was then, the Guy Hamilton romp truly blew me away ...To the point of influencing my future professionnal life .
I clearly remember being terrified by the Slumber inc. episode , and extremely intrigued by the 007 number appearing on the film poster - which I then assimilated to the handle of a...Saucepan (for months I tried to duplicate it , always getting it wrong , and wondering how the hell I ended up with a kitchen appliance while Sean Connery had a perfect gun ! ) .

And two years later , the infernal pair took me to see " Live And Let Die " . My fate was sealed . 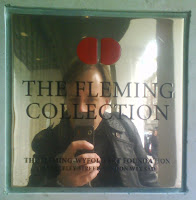 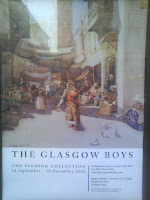 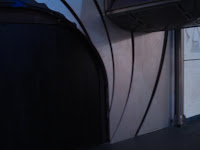 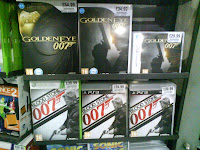 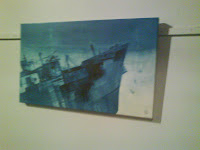 Met various interesting parties while being in London last week .
First , journalist Robert Sellers - busy writing another Bond inclined book , due to be published next year in Britain .
Cannot talk about its subject yet , but it will deal with a proeminent figure of the Movie Bond universe ...
Also learnt interesting new titbits about the proposed Leo DiCaprio Ian Fleming biography movie ( still only in talks for the moment it seems )

Also met Mrs Sylvan Manson , daughter of screenwriter Jack Wittingham ( involved in the tortuous story of the creation of the first 007 movie screenplay in the late 50s ) .
Am still wondering if Mrs Manson is indeed allowed to sell reproductions of those early stroyboarded sequences of a proposed ' Thunderball ' adaptation though...Dangerous waters there...

Finally passed at the Fleming Art gallery and had a look on their latest exhibition ( not 007 related ).

Oh , and had the pleasant surprise of receiving back home Mr Jeffery Deaver's answers to my online interview of him sent some time ago ...
Publié par Kevin Collette 1 commentaire: