When Le Figaro sent me on the trail of James Bond...A Political affair of some sort ! 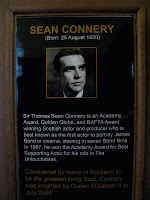 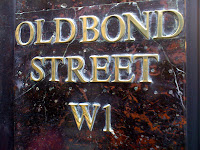 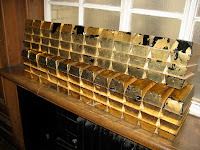 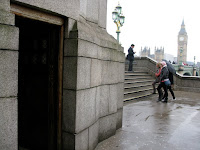 Although there is an official « James Bond Walk » in London ( sort of ) , there's nothing more exhilarating for a Fan than to re discover by himself places of interest linked to the 007 saga ...

I was contacted in Autumn 95 by Le Figaro newspaper to write a piece on ' James Bond's London ' to coincide with the then new release of Goldeneye in France .

Promotion was high on that first Pierce Brosnan adventure , everyone was waiting for a new movie for quite some time .

Le Figaro paired me with a lovely Photographer lady , booked us in a London Palace ( separate rooms halas ) , and off we went , searching for places of interest for James Bond fans in the city .

My goal was simple : using ' Bill Tanner ' ( aka Kingsley Amis ) funny little ' Book of Bond ' I wanted to have a look on some specific Fleming described places - plus some classic Film version ones as well...

We dutifully went to that ' little square off King's Road ' to try to pinpoint Bond's flat ( that silly writer didn't give any precise reference house n° in Moonraker ) , then to the College of Arms ( O.H.M.S.S ) ,then to Fleet Street ( for a Fleming Hommage pic ), etc, etc...

Anyway those two rather pleasant days passed like the wind - all expenses taken care courtesy of Le Figaro .
We went back to Paris . I dutifully wrote my piece .
And then waited with baited breath for publication in ' Le Figaro Magazine ' , the week end published extra mag .
And waited .
And waited again .

And then the Paris lavish Goldeneye Premiere took place , the hectic Press conference with Pierce and the whole cast ...And still no article in Le Figaro ( and no pay check either of course ) .

I finally decided to call the editor himself to ask about the situation .
The answer was dreadfully simple : Le Figaro , notoriously right winged media , had been appalled by Pierce's declaration during his Paris press conference , when he made a direct reference to the disaster-bound Rainbow Warrior Affair ( a Flemingesque story where two French military scuba divers had been caught trying to blow up a Green Peace ship , by order of the French goverment . )

Le Figaro's reaction was swift , painless and deadly : they erased each and every trace of Goldeneye coverage in their columns ...Not forgetting to erase my proposed salary too . Sigh .

I will never get into that .